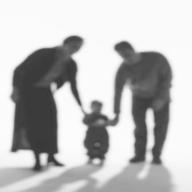 I am an American Democratic Progressive Liberal like the people who founded America....we wrote: ALL ARE EQUAL by their Creator and deserving of rights. People who don't believe this should leave America.