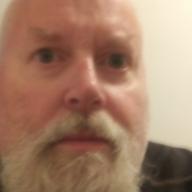 I am writing because I wish I knew how to use things like myspace, etc. and others. Even though I follow the directions, for setting up blog's, I have found that invited friends are un-able to access my comments. I wish I had someone who could explain all of this computer tech to me, but to use terms which regular people can understand. I have many ideas, and comments, I would like to share, with others but, for some reason, I never do it "just right" (from the computers point of view, atleast). Any help would be appreciated. Thanks