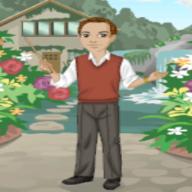 I am a Jehovah's Witness,I have been for 32years. My wife and three daughters and a son are all baptized. We live in Texas U.S.A. Looking forward to getting acquainted with by brothers and sisters.